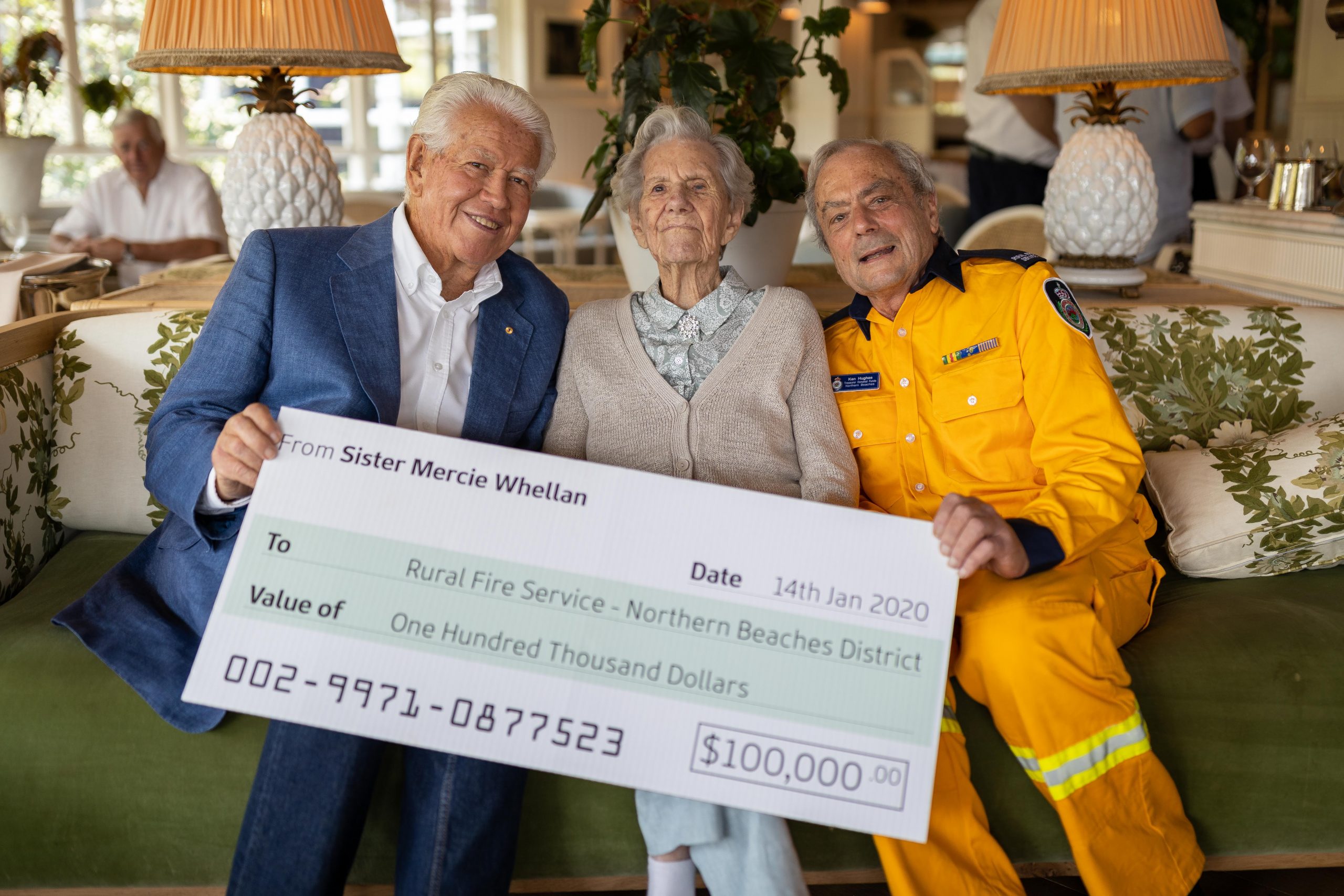 Ms Whellan reached out to former Prime Minister of Australia and RFS volunteer Tony Abbott to offer a personal cheque.

“Our fire fighters are tired and equipment is failing but still the local brigades are hard at work for our country,” Mr Abbott said.

Dr Ken Hughes, Northern Beaches Rural Fire Service Treasurer said, “We’ve never had a donation of this size and we’re so pleased that the money will go directly to helping our volunteer brigades, which includes buying equipment as well as further developing initiatives to help keep our community safe.”

More than 40 years ago, as CEO, Marcus Blackmore introduced a program where the company matched staff charity donations. Though Ms Whellan is no longer a Blackmores employee, Marcus and Caroline Blackmore have generously matched Ms Whellan’s donation, contributing an additional $100,000 to the Northern Beaches RFS.

Ms Whellan, or ‘Sister’ as she was always known at Blackmores, is a trailblazer in business and in healthcare. At age 25 she accepted a job offer to work alongside Blackmores’ founder Maurice Blackmore and under his tutorage later studied to become a naturopath.

She held several significant positions including general manager for many years and director from 1962 until 1994. She was one of the first female chairmen of that era.

In recognition of her achievements, Blackmores launched the annual Blackmores Mercie Whellan Women+Wellbeing Awards in 2018 to recognise and celebrate women who are making a positive difference to support health and wellbeing in their community.

Nominations are open at https://www.blackmores.com.au/women-and-wellbeing-awards