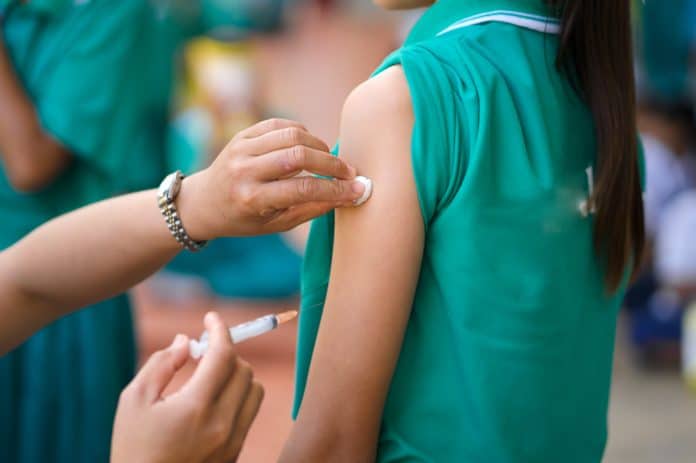 According to Adjunct Professor Karen Canfell, Chair of Cancer Council’s Screening and Immunisation Committee, there are more than 300,000 deaths from cervical cancer around the world each year, with low- and middle-income countries representing 90% of these deaths.

In response to these alarming statistics, the World Health Organisation (WHO) Member States resolved, earlier this month, to adopt a strategy for the global elimination of this disease and the implementation of nation cervical cancer control plans.

The strategy, Accelerating the Elimination of Cervical Cancer as a Public health Problem, is designed to advance women’s health, strengthen worldwide health systems and address inequities between and within countries, placing countries on the road to eliminating cervical cancer.

The elimination resolution was led by the Australian Government and was underpinned by key Australian innovations, including the development of the HPV vaccine by Professor Ian Frazer, Dr Jian Zhao and collaborators at the University of Queensland, in addition to Australia’s world-first implementation of HPV vaccinations and complementary HPV-based cervical screening.

Scale up cervical cancer vaccination to save lives

Research conducted by the Cancer Council NSW with WHO and other collaborators has found that more than 62 million lives could be saved over the next century if 78 low- and middle-income countries were to rapidly scale up cervical cancer vaccination, screening and cancer treatment services.

“In work Cancer Council has done to support WHO’s planning, our team and our collaborators have found that as many as 74 million cases could be averted and 62 million lives could be saved if 78 of the poorest countries in the world are able to rapidly scale up HPV vaccination, cervical screening and access to cancer treatment services,” says Professor Canfell.

“The target is ambitious but achievable. We have the technology to eliminate cervical cancer, and the peer-reviewed evidence to show it is feasible.

“We now need the political will in all countries to make it a reality.”

By prioritising lower-income countries, Professor Canfell says that elimination of this disease could be achieved.

To reach elimination targets, the WHO strategy requires three targets to be met by every country by 2030:

“While Australia has one of the world’s lowest cervical cancer rates, we can build on our successes and further reduce cervical cancer by supporting the renewed screening program and reaching priority populations – particularly Aboriginal and Torres Strait Islander women, and others who we know are less likely to participate in cervical screening.

“Everyone can get behind out push for a cervical cancer free future, from individuals who can engage in the screening and immunisation programs and health professionals checking their patients are up to date with screening and vaccination, to policy makers and collaborators who can drive this agenda globally,” says Professor Canfell.