Reducing salt would save thousands of lives

Most people get a blood pressure lowering benefit from eating less salt and the less you eat, the more you benefit, but for older people and those who already have high blood pressure the effect is even greater, according to new research published in the British Medical Journal today.

The study also suggests that if you reduce your salt intake for longer, you’re likely to see a larger fall in your blood pressure.

George Institute for Global Health researchers, as part of an international collaboration, conducted the most up to date systematic review and meta-analysis of randomised controlled trials that examined the effect of reducing salt intake on blood pressure.

Lead author Polly Huang, PhD candidate and data analyst at The George Institute said that while there was consensus among health and scientific organisations about reducing salt intake in the general population, some have proposed that it has little value for those with normal blood pressure.

“Our study showed the benefits of lowering salt intake are seen across the board, but if you’re older and already have high blood pressure – and are therefore at greater risk of associated conditions such as stroke and heart disease – there is an even greater effect on blood pressure from the same amount of salt reduction,” she said.

High blood pressure is one of the biggest contributors to premature death from stroke or heart disease and too much salt in the diet is one of the major culprits. At about 9g per day, average salt intake in Australia is almost double WHO recommendations (5g per day).  Worldwide, excess salt intake is estimated to cause about three million deaths each year.

Ms Huang said that the effects of salt reduction were more evident at higher blood pressure levels, older ages, and among non-white populations, but almost every population group examined achieved a reduction in blood pressure.

“More importantly, salt reduction in people with normal blood pressure could potentially prevent or delay the development of high blood pressure with age,” she added.

“The majority of the salt we eat is hidden in processed and packaged foods and most people aren’t aware that the amount they are consuming is raising their blood pressure and shortening their lives,” she said.

“Setting salt targets for the food industry works, but Australia has been lagging behind other countries on this. We’re pleased to now see the Government’s Healthy Food Partnership endorsement of a ‘first wave’ of salt targets, with a second expected to follow mid-2020.”

“However, to meet the stated commitment to a 30 per cent reduction in the average population salt intake by 2025, the targets need to be rapidly implemented and food companies closely monitored to ensure they’re meeting these targets,” added Ms Farrand.

“With more than six million Australian adults – that’s more than a third of our adult population, or one in three people – having high blood pressure, reducing Australian salt consumption would save thousands of lives each year as well as millions in healthcare costs.”

PBS continued dispensing a win for all Australians

Media Release 31 March, 2020 The Pharmacy Guild of Australia has today welcomed moves by the Morrison Government to ensure Australians have access to medications through...
Read more
Business Insights

Medicine wholesalers to co-operate on access to pharmaceutical products

The ACCC has granted interim authorisation for pharmaceutical wholesalers to co-operate in facilitating distribution of essential medication and pharmacy products. This follows an application by...
Read more
334FansLike
543FollowersFollow
24FollowersFollow 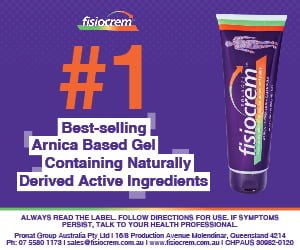 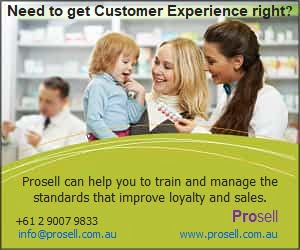