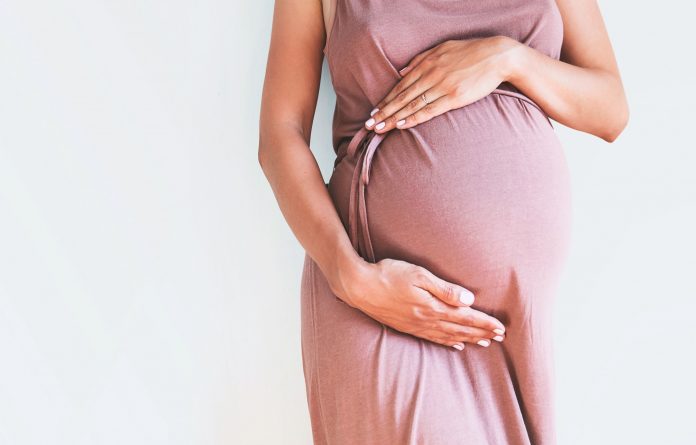 Seven and a half months into a normal, healthy pregnancy, Jane* found herself with an itchy baby bump. Thinking nothing of it, she headed to work for a meeting with a client.

“I remember wriggling uncomfortably throughout the meeting, struggling to pay attention as the itch grew more intense,” she said. “The second they left the room, I popped up my shirt and began clawing at the itchy skin. I had no self-control at that point.”

By the time she saw her doctor, the itch – and now an accompanying rash – had spread down to her thighs and up to her armpits. The doctor diagnosed her with polymorphic eruption of pregnancy, also called PUPPP (pruritic urticarial papules and plaques of pregnancy).

“It’s an itchy, bumpy rash that starts in the stretch marks of the abdomen in the last three months of pregnancy then clears with delivery,” she said. “The condition typically develops in the third trimester of pregnancy or immediately in the postpartum period.”

Although PUPPP is a nuisance, it’s not considered a serious ailment and typically resolves within two weeks after delivery.

“It’s important for pregnant women to know there’s no increased risk to their baby, and therefore there should be no sequelae suffered by the mother or her baby due to this condition,” Ms Wilton said.

However, another skin issue, intrahepatic cholestasis of pregnancy (ICP), can look like PUPPP, so it’s always important to seek a midwife or doctor’s advice for an accurate diagnosis.

“ICP is linked to increased bile acid during pregnancy and can destroy the placenta, leading to preterm birth or, in very rare cases, stillbirth,” Ms Wilton said. “As such, it’s very important to have it investigated before going forward with PUPPP treatment.”

While it was an emotional relief for Jane to learn she and her baby were not in harm’s way, being told that the itch would remain for several more weeks didn’t feel like good news.

“People talk about those last few weeks of pregnancy being uncomfortable, but an endless, unbelievable itch was not what I’d imagined,” Jane said.

“At its worst, I had the rash across the inside of my arm, armpit, across my torso, thighs, back of both legs and behind the knees. My baby bump was almost purple with little raised bumps, and – to my horror – the itchy bumps even spread to my bum crack!”

This being a particularly warm summer did not help matters for Jane, especially in the evenings.

“I took to sleeping with ice packs pressed against the itchiest areas, but the itchiness would wake me when the ice melted, so I’d have to repeat the process a few times a night.”

“Topical corticosteroids are considered the first line of treatment for PUPPP in cases when the itching is localised, sometimes in conjunction with oral antihistamines,” she said.

“For patients with a widespread, intensely pruritic rash or those with inadequate response to topical therapy, a short course of systemic glucocorticoids may be prescribed. Other treatments that may provide symptomatic relief include the use of cool, wet compresses and oatmeal baths.”

For Jane, relief came from cool showers, cleansing with a Pinetarsol Bar, and applying calamine lotion.

“The calamine spray bottle was a particular favourite, as I could apply without touching the rash, reducing the temptation to scratch,” she said.

Of course, the greatest relief came when her son was born.

“There were tears of joy at his birth,” Jane said, “and more than a few of them were shed in celebration of that bloody itch resolving!”

For more and to read the feature as it appears in this month’s issue of Retail Pharmacy Assistants e-magazine, visit: rpassistants.com.au/retail-pharmacy-assistants-march-2022/