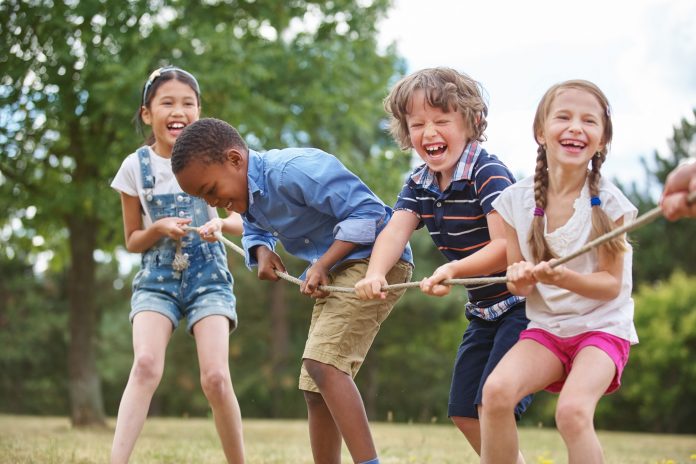 Good moves for young minds – As research continues in the space of exercise and mental health, and the benefits of regular physical activity on mood and behaviour become increasingly well established, educational and developmental psychologist Michael Duhig says outcomes in children include lower levels of depression, everyday stress and psychological distress.

“Interestingly, a recent study found that regular physical activity may have a protective effect such that children who exercised regularly between six and eight years of age had fewer symptoms of depression when reassessed two years later.”

The benefits of regular exercise are seen not only in psychological well-being, but also, as Mr Duhig points out, in school performance, including behaviour and academic progress.

“Children and adolescents who engage in regular physical activity may improve behavioural outcomes, with most research in this area dedicated to developmental disorders, including ASD, ADHD, anxiety and depression,” he said.

“A recent study found that children who participated in a cycle program demonstrated significantly better self-regulation and fewer time-outs. Similarly, a meta-analysis of 31 studies found that children who engaged in regular physical activity were found to have improved executive functioning, attention and academic performance, with the greatest benefit found from physical activity programs lasting several weeks. As such, regular physical activity not only improves academic outcomes for children but also keeps them in classrooms and on-task longer, which are two components when acquiring life-long learning.”

The formative years can be challenging for children and teens, particularly when it comes to establishing positive self-esteem. This is where regular exercise can also help.

“Research tells us that regular physical activity can have short-term benefits for one’s self-esteem right across the lifespan, children included,” Mr Duhig said. 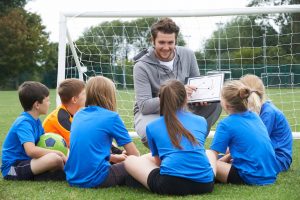 But he cautioned: “We have to be mindful of what barriers children may be experiencing when attempting to participate in regular physical activity. While group or team-based sports may be preferable, the child may have difficulty working with others in these settings.

“Likewise, some families may find extracurricular sport costs prohibitive. As such, while regular physical activity is beneficial, there could be a number of factors limiting the young person from participating, which needs to be accounted for.”

Another issue to be considered is children taking exercise too far or becoming overly competitive.

As with anything, Mr Duhig says, “too much physical activity can have negative repercussions” – relating to both physical and mental health.

“If a child, or anyone for that matter, engages in over-exercise, they leave themselves vulnerable to physical injury, which could prevent them from physical activity for extended periods of time,” he said. “Likewise, if the child concentrates on a single form of physical activity, they may become bored and disengage from this activity, or, more concerningly, suffer from burnout and have problems with their day-to-day functioning.

“Currently, the national guidelines indicate children aged five to 17 years should engage in 60 minutes of moderate to vigorous activity every day, which parents should be mindful of.”

Mr Duhig says competitiveness “can be problematic as children are taught from a young age that we reward those who are the quickest, strongest or cleverest”. He adds that, especially in “social or group situations”, this is where adults can step in “to try to minimise the winning-at-all-costs behaviour by rewarding effort not just results”.

“In a competition setting, adults again play an important role,” he continued. “If your child didn’t perform the way they wanted to, acknowledging their effort and how proud you are, regardless of the outcome, is recommended.”

Mr Duhig also advises that “if your child performed very well and won the competition but then carried on after this, calling them [the opponents] out on their poor behaviour”, it’s advisable to address this behaviour also”.

The importance of getting the balance right when it comes to exercise and children is clear, so what should parents, caregivers and teachers be advised in terms of encouraging healthy physical activity?

Mr Duhig says these groups, given the different settings within which they interact with children, “can foster healthy participation in contrasting ways”.

“For parents [and caregivers], modelling positive physical activity individually – for example,  going to the gym, social sport, etc – demonstrates to the child that physical activity is an important part of a healthy lifestyle,” Mr Duhig said. “Similarly, when parents include their children in the activity – for example, family bike ride, parent-child sports days, etc – they get the compounded benefit of physical activity and fostering a secure attachment. In order to keep children engaged, it’s wise to mix up the activity, embed this into a weekly routine and to finish on a positive note.”

Mr Duhig continued: “For teachers, it may be something as small as noticing that a child is wearing their favourite team’s jersey and inquiring about the child’s favourite player, or similar. In these relationships we find that the common interest and shared enjoyment are the driving factors in initiation and maintaining regular physical activity in children.”

Asked about the role of pharmacy assistants in this space, given their important role at the frontline of healthcare and being among the first healthcare professionals that parents may reach out to, Mr Duhig says it would “be beneficial for staff to know of any local sporting teams or organisations that children and their families could potentially join”.

“Similarly,” he said, “when pharmacy assistants are discussing certain products with families that may have a sporting and physical activity context – for example, Ventolin, sports drinks, strapping tape, etc – it may be helpful to ask about the child’s sporting interests and if they wanted to expand on these.

“Furthermore, if pharmacy assistants are consulting with families and their children looking at weight loss interventions, discussing physical activity levels and the national guidelines may be beneficial if done in the right setting.”

To read the feature in full as it appears in the January/February issue of Retail Pharmacy Assistants e-magazine, visit: rpassistants.com.au/magazines/retail-pharmacy-assistants-january-february-2021/