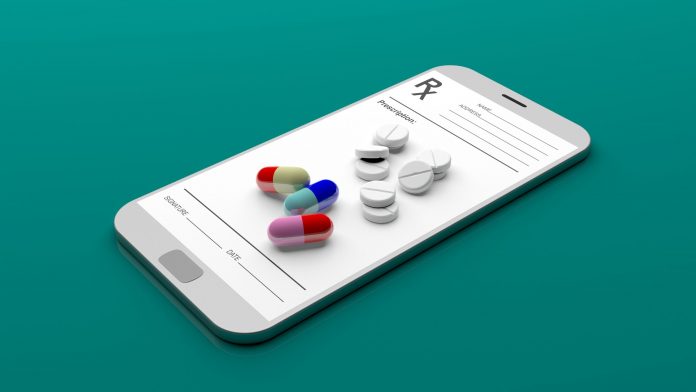 If necessity is the mother of invention, recent developments in community pharmacies suggest a pandemic is the parent of progress.

In the past few weeks, we’ve seen initiatives intended for rollout in the later months of 2020 successfully launched months ahead of schedule.

Designs have gone from drawing board to deployment in record time and even the development of SARS Cov-2 vaccine has progressed to human trials a full year ahead of the expert’s estimates. 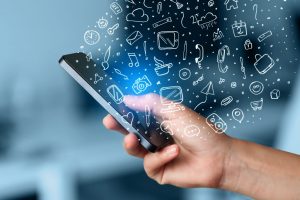 We knew change was coming in pharmacy systems and processes, but COVID-19 has accelerated the implementation of that change beyond anything we could have imagined.

In this feature, we look at some of those changes, particularly around point of sale and ePrescribing solutions, exploring the innovations and advances that will help you to maintain an efficient front- and back-office operation.

Back to the future

“The hot topic at the moment is around ePrescribing and I think there’s currently a lot of confusion in that space”, says Fred IT General Manager eHealth, David Freemantle.

“There are really two streams of ePrescribing to consider.

“One is the part that’s been in place for approaching two years, around the whole design of what we term the ePrescribing solution.

“The other is the fast-tracked version built around image-based prescribing as recently approved by the government to meet the demands of social distancing.”

Mr Freemantle says image-based prescribing, also known as ‘snap and send’, is an interim, short term concept where a doctor writes a script and takes a photograph of it to send to the pharmacy to dispense.

“Some of the conversations going around mention this is part of the overall ePrescribing project, but it really isn’t.” he explains.

“It’s merely designed to get scripts flowing in the isolation scenario while people are at home, still needing their meds.”

Mr Freemantle says that although sending a photo to a pharmacy using prescription exchange is secure, it is likely to have been taken on a mobile phone, so the image won’t be a high-resolution one, with pharmacies often finding the barcode is unreadable through their scanner.

“Initially, the doctor sent the script to the patient or to the pharmacy, which meant a patient could get a script and take it to 25 pharmacies, meaning the system was actually very dangerous,” he says.

“Because of that, the government has removed the patient option, so now the script must go from the doctor straight to the pharmacy.

“It’s this sort of risk that has us doubling down to fast-track our ePrescribing model.” 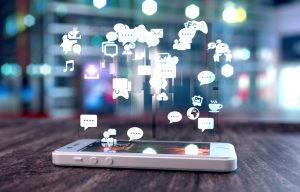 While using photographs to transmit paperless information between doctor and pharmacy may seem a backward step from a security perspective, it does give a hint of the future, enabling patients to complete the whole medical cycle without stepping out of their residence.

With GP appointments now available on video chat, and ‘snap and send’ prescriptions in use with pharmacies funded to deliver those prescriptions, the development has certainly enabled social distancing to be effectively maintained.

However, as Mr Freemantle was careful to point out, it’s only an interim measure until more robust solutions are ready to be implemented.

The Federal Health Department is also working with software providers for healthcare practitioners to accelerate the upgrade of clinical software so that it supports electronic prescribing.

Fred IT Group CEO Paul Naismith says making the move away from paper has been a long time coming for pharmacy, with many industries far more advanced in their paperless processes.

“The airline industry is a good proxy for the pharmacy industry as it’s all based around the ticket, which is the equivalent of a pharmacy prescription,” he says.

“While the airline industry was paper based, today you can check in using a kiosk, or on your phone, or you can still use a paper ticket and walk up to the counter to check in if you prefer.

“The beauty is that it’s all been automated. It’s left up to the choice of the customer how they wish to deal with the industry. And in the airline industry, that system has given a lot of benefits to fliers.

“I think … for pharmacy, as we move towards digital prescriptions … we have to work out what the workflow should be and consider how that makes it easier for the patient.”

If we look at what’s happening overseas in the big pharmacy chains, there’s plenty of advancement in automation to consider.

A customer can order their script online, advise a collection time and then visit the pharmacy to access their allocated locker using a code issued at the time of ordering.

It’s the pharmacy version of click and collect and offers real benefits of convenience to the customer. 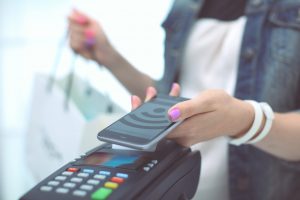 While it’s an interesting idea, it won’t be feasible in Australia until ePrescribing platforms and workflows are established here.

The key in implementing any new digitised system in a retail environment is recognising not all customers will immediately transition to a new way of doing business.

With ePrescribing, you may find some patients want to bring in the paper script and wait while it’s filled, just as they always have. In this instance, the script will be placed in a basket and physically follow the dispensing workflow.

However, other patients will come in with a digital script on a phone in the form of a token. This will need to be scanned into a ‘digital basket’ that integrates into, and then follows, the same workflow as the paper script.

In addition, there will be emailed scripts that must somehow be captured and added to that same workflow, as well as repeats ordered by telephone or any of the above combinations.

This means you must offer multiple methods for entering items into the system, ensuring each one feeds into single workflow before emerging, completed at the time and place the customer expects.

To succeed, sound advice and professional support in planning and implementation are vital, not only for today but also for the exciting advances we’re likely to see coming to Australia very soon.

With the imminent arrival of ePrescriptions, it would be easy to neglect developments in other areas of pharmacy, including point of sale (POS) stock control and data security.

This is especially important in light of the need to become more hands-free, with social distancing likely to be a wise philosophy, if not a regulation, for quite some time.

As with dispensing, we can see how COVID-19 has stirred innovation in the rapid deployment of new ideas as various pharmacies around Australia have changed their business processes to keep customers and patients safe.

Of particular note is the decision by many to refuse cash payments in favour of EFTPOS only, thereby limiting the transmission of the virus while at the same time asking more from existing POS systems.

Others, such as Capital Chemist Southlands in the ACT, have changed patient flow by setting up a triage desk at the front door, including POS equipment, screens and printers.

Customers are welcomed and their needs discussed before they’re fully inside the pharmacy.

Those with prescriptions are encouraged to leave them at the triage desk, being sent a text message when the prescription is available for collection back at the desk. 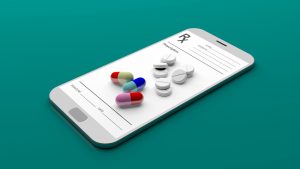 OTC items are requested at the front desk, selected from inside the pharmacy by members of the pharmacy team and brought to the desk for the patient to pay.

To gain the maximum benefit of these changes, it’s vital that all surfaces be regularly cleaned and sanitised, and for staff to use hand sanitiser between dealing with each patient.

The recommendation of both the Pharmacy Guild and PSA is to have two pharmacy teams on a shift system, avoiding crossover between the teams as long as social distancing is required.

With innovation moving to implementation within hours, and designs being deployed in record time, now is the time for pharmacies to think seriously about the future readiness of their systems.

This pandemic wasn’t expected, but other changes are certainly on the way. As we’ve said before, now is the time to talk to the experts and ensure your set-up is in the best possible shape to capitalise on the future hurtling our way.