Meet Giaan Rooney. An Olympic gold medallist, mother of two, brand ambassador, children’s author, media personality, MC and more – it seems there’s nothing the 37-year-old can’t do. In the April issue of Retail Pharmacy Assistants magazine, I sat down with the superstar to chat about swimming, sport, juggling, health and more.

“For a long time, I used to always say that the way I saw my career was … I was an average athlete in a superstar era. [I was] surrounded by superstars who [were] doing well … and I was [successful by association],” she says.

It has taken the humble champion a long time to come to terms with success in her own right. 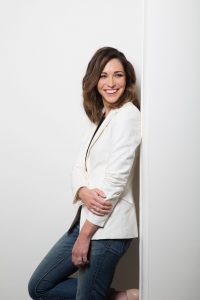 “It’s only as I’ve gotten older that it’s actually sat comfortably with me to be able to say, you know what, I did have some success, and I did do well … I’m actually incredibly proud of my achievements,” she says.

“It’s funny how it works. But for me, I was very fortunate that I had success very early on.

“I was 15 when I made my first Australian swim team. It was [during] a time where they were happy to give a lot of young athletes a go under the guise of gaining some experience on the world stage.”

The defining moment in her swimming career came at the Commonwealth Games in Malaysia.

“I went to the Commonwealth Games as a 15-year-old in Kuala Lumpur, and as it worked out, I came home with two gold medals,” she says.

“And strangely, I hadn’t ever thought about swimming being my career up to that point.

Giaan credits this early swimming success and her subsequent career in swimming to hard work. For her, definitely, success is a result of the work she puts in.

“I very much credit that early success with the rest of my career … it was the fuel in the fire that [made me realise]: wow, OK, how hard I work – there’s a direct payoff in most instances to success,” she says.

“And I like that equation: hard work equals success.”

Describing her transition from swimming to life, well, after swimming, Giaan says she was “very fortunate” to have a “smooth transition”, which isn’t necessarily the norm for a lot of professional athletes.

“I don’t take that for granted because … we see a lot of athletes [who] struggle with that transition,” she says.

“I credit the fact that I got to retire on my terms. It was my decision. I was ready … I realised that I was ready to try new things … that I could do something else other than swimming. 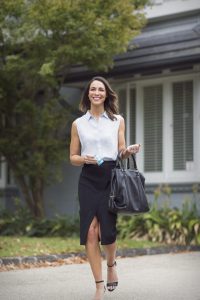 “It was very much on my terms without anyone making that decision for me, or me not being fast enough anymore, or me being injured, or any of those components that can play out in a non-planned retirement for a lot of athletes.”

On her passion for health

Speaking with Giaan, it’s obvious she has a deep-seated passion for health.

From being an elite athlete as a youngster to maintaining a physically active lifestyle in life after swimming, she knows firsthand the importance of health and wellbeing.

“Being fit actually doesn’t have the same connotation as health,” she says.

“It’s quite a strange thought process, but at elite level, I was never at my healthiest. My immune system was always compromised. I felt like an 85-year-old getting out of bed every day. I was physically, emotionally, mentally exhausted.

“My whole concept of health … was completely turned on its head once I retired from swimming.”

On the importance of gut health

It wasn’t until after her swimming career, when wanting to start a family with her husband, that she began researching the optimising of her health.

“All my research kept coming back to gut health and how … it’s the epicentre of our health,” she says.

This growing fixation with gut health and its impact on overall health – including skin health – led Giaan to a partnership with Life-Space Probiotics.

“I was very fortunate that, organically, Life-Space Probiotics came into my life,” she says. 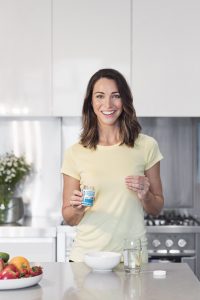 “I heard about what they were doing and the wonderful things they were doing in the sphere of gut health, and it really aligned with all my research and also my own ideas of what health looks like for me and my future family.

“For me, health is everything. You can’t do anything if you don’t have your health. I’m far more about preventative measures than trying to fix it.”

On career and happiness

While life and career will always throw up challenges, with many forks in the road and big decisions to make, for Giaan it comes down to knowing “what makes you happy”.

“We’re all going to find ourselves in jobs and careers where we don’t like every component of that job or that career,” she says.

“However, if you like 90 per cent of that job or career, and it makes you happy and it fulfils you, then you’re on the right path.”

For Giaan, “more than anything”, it’s about coming towards the end of life and being able to say, “I’ve lived a good life and I have no regrets. I wouldn’t do it differently”.

How you respond to, “what am I going to regret if I don’t do that?” is your answer to every decision, according to Giaan.

To read the entire interview with Giaan Rooney, make sure you subscribe and check out the April issue of Retail Pharmacy Assistants magazine.