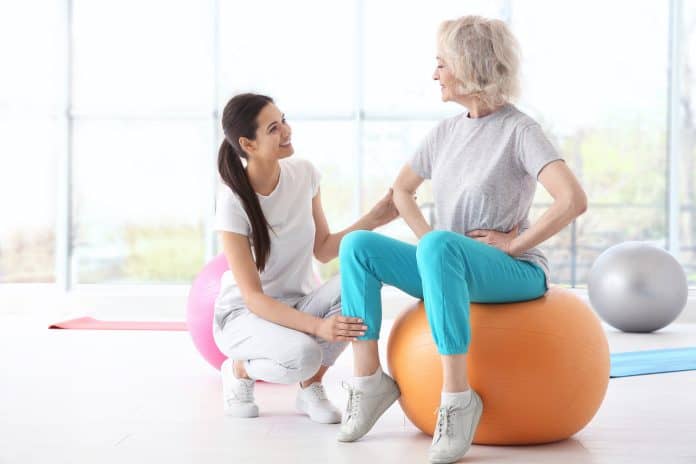 Spring is when people often start thinking about their weight and the need to lose the extra kilograms gained over winter. In the September issue of Retail Pharmacy Assistants magazine, we look at the most effective ways to ensure lasting optimal weight and shift the focus from weight loss to fitness.

One of the keys to a faster metabolism is muscle mass, which unfortunately we start losing as we get older, making weight-loss efforts harder.

Exercise Physiologist from Melbourne Sports and Allied Health Clinic, Dr Simon Sostaric, says muscle loss begins in our early 40s “with hormonal changes happening and a decline in physiological parameters, which normally drive metabolism – and that’s primarily through muscle changes, because if you’re losing muscle, you’re losing mitochondria – and the metabolic pathways change [so] it gets easier to increase fat mass”.

“As your muscle mass is deteriorating, then that fat gain is most commonly accelerated as well,” he adds. “If muscle mass loss is accelerated, that will have a greater metabolic cost.” 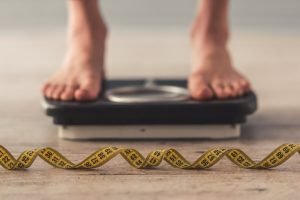 Further explaining the role of muscle in weight control, Dr Sostaric says “muscle is an integral regulator of glucose”.

“That’s the primary regulator that we have [of glucose], so if your muscles aren’t contracting, you’re not capitalising on a really good opportunity to manage your blood glucose levels [and] in the absence of that, then the opportunity to lose glucose control increases,” he says.

According to Community Pharmacist and Master Herbalist Gerald Quigley, the “classic” causes of muscle loss are:

“If you’ve got any sort of chronic disease … you’re inflamed – your body’s inflamed. That causes that disruption … to the anabolic/catabolic balance,” Mr Quigley adds.

When it comes to stress as a cause of age-related muscle loss, he adds that “this is why we tell people as they’re ageing: you need to keep walking, keep moving”.

“That’s where exercise can be really important, and the whole idea of doing resistance exercise as we age means that we keep up that muscle mass, and will more likely preserve that metabolism,” she says.

“Changes in body composition can be experienced but [muscle loss is] more likely due to being inactive.”

As we age exercise becomes even more important: it helps to keep us healthy overall, while also supporting weight-loss efforts if required.

To help maintain exercise motivation, Dr Sostaric suggests a shift in focus – focusing on fitness rather than merely weight loss.

“People often focus on, ‘I need to lose weight’,” he says. “The focus is very much on that:  on their body fat mass [rather than on getting] … stronger.”

Due to the importance of maintaining muscle mass while ageing, Dr Sostaric says strength training should be a high priority.

This is because of the effect muscle loss has on accelerating ageing. 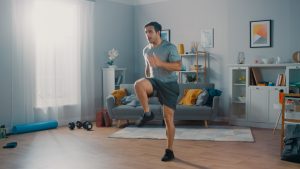 “If you’re age-accelerated, your risk of developing more of the age-related chronic conditions accelerates as well, including cancers,” he says.

Dr Sostaric suggests that while it’s beneficial for people to see an exercise physiologist for bespoke guidance on helping maintain muscle mass, as a general guide he recommends “compound exercises … that can be done very easily in the home with very little or no equipment”.

Consistency is key when it comes to exercise, he adds.

Weight loss, especially as we age, involves a delicate balance between energy in and energy out.

“There are definitely changes that occur with ageing [hormonally], but I don’t think we can just sit back and say it’s all [to do with] ageing [and that] this would have even happened if I was being active and watching what I ate,” says Dietitian, Ms Renn.

“It’s about making people aware of the differences in their activity and their energy expenditure.

“And clearly, if your metabolism is changing … if you’re not paying attention to muscle mass, then these are things that technically you’ll need to know about. So, eating less and moving more is the basic premise of weight loss, but … as people age, it’s about reminding them about that.”

While people may find reducing food portion sizes tricky, Ms Renn says it’s down to how we balance our meals.

“We’re kind of aiming for a plate that looks like a quarter meat, a quarter carbohydrate and half vegetables,” she says.

“And that’s enough to fill you and get through to [your next meal].

“There’s a difference between more than you need and not eating enough. So, I always suggest to people if they’re hungry between a meal, that’s actually good because that’s what you’re supposed to do. 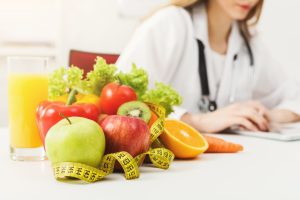 “You’re not really supposed to get from breakfast to lunch, or from lunch to dinner – that probably means that you’re eating a little too much at your meals.

“Most people will get hungry between [meals] and that’s good … basically a meal just needs to get you two and a half to three hours further down through the day, at which point you eat again.”

Another thing to consider is the type of food you’re consuming – with protein being king for muscle maintenance and appetite control.

The role of pharmacy

While a plethora of supplements available in retail pharmacy are marketed as being effective for weight loss the role of pharmacy staff goes beyond simply selling a product.

Mr Quigley suggests pharmacy staff have the potential to play a “health coaching” role in this space.

“Being able to engage with a person and find out what they feel are the reasons behind their weight gain, rather than just selling them something, which they’ll add to the other 25 products they’ve got at home, all of which have been unsuccessful – that’s no way to help a person lose weight.

“And be non-judgemental,” says Mr Quigley.

To read the feature in full, as it appears in this month’s issue of Retail Pharmacy Assistants magazine, visit: rpassistants.com.au/magazines/retail-pharmacy-assistants-september-2020