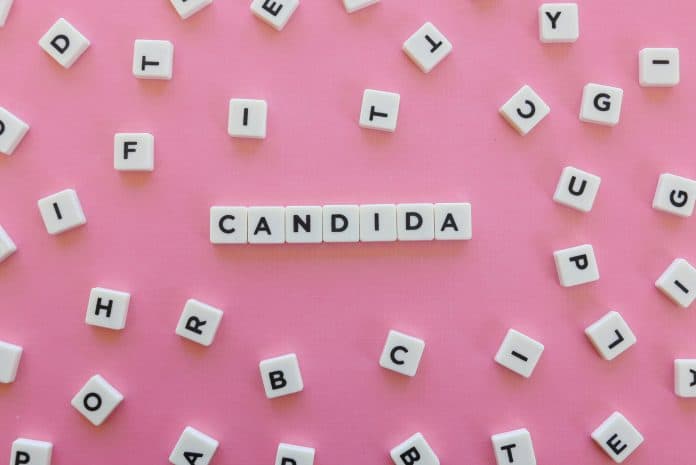 Candida engenders much interest in pharmacies because it’s commonly dealt with in this setting and has been linked to conditions such as irritable bowel syndrome, tinnitus and mercury exposure.

Its ability to shield and protect itself through biofilms in some species is also of interest.

Specifically, it’s a yeast found in the gastrointestinal tract and other areas of the body without causing harm.

Candida’s objective is to assist digestion and nutrient absorption as well as to help the immune system by recognising and destroying harmful bacteria.

Candida can get into a person’s system through many means, the most common being:

Signs of Candida infections include:

A healthy lifestyle in terms of diet, exercise and positive thinking, ingestion of good bacteria and avoidance of chemicals can help combat Candida.

Candida-IBS – is there an established link?

Best-selling author Dr Sarah Brewer in her book, Overcoming Candida, supports the theory of a link between Candida and IBS and suggests how it can be managed. However, some healthcare professionals are dubious about this link.

In the book, Dr Brewer makes associations between irritable bowel syndrome (IBS), gluten, lactose and wheat intolerances. She details how patients can use immunity to combat thrush and intestinal symptoms and to prevent Candida changing from a harmless to an invasive form.

Candida, commonly known as thrush, is a result of an overgrowth of the yeast Candida albicans, she says.

Dr Brewer advises that when recurrent Candida is diagnosed, it’s important to exclude diabetes, and to provide appropriate anti-fungal treatment, with ingestion of probiotics proving helpful.

She highlights that often an incorrect diagnosis of Candida can be made for patients with intestinal symptoms who could be suffering from IBS, or a lactose or gluten intolerance.

IBS symptoms, which include changes in frequency or form of bowel movements and lower abdominal pain, can initially occur due to food poisoning (25%) or after courses of antibiotics, which can upset the balance of helpful bacteria in the gut and leave room for the growth of intestinal yeasts, Mr Webster says.

Stress, diet (including food intolerances), poor sleep and changes in gut bacteria can all trigger symptoms such as diarrhoea and constipation, cramping and pain, gas and bloating, tiredness, difficulty sleeping, and depression and anxiety.

However, overgrowth of Candida is rarely found within the intestines, except in people whose immune system is badly compromised. According to Dr Brewer, one theory is that the presence of Candida yeasts may trigger immune responses that result in intestinal symptoms similar to those of food intolerances.

“An astounding 178 different proteins that can trigger immune reactions have been identified in Candida species, including proteins in their outer wall and the enzymes they secrete,” she says.

“Although their role is unclear, a review published in the European Journal of Gastroenterology and Hepatology suggested this might explain why intestinal symptoms can worsen after eating mould-containing foods.

“It might also explain why many people with IBS, and those with recurrent vaginal Candida, find probiotic supplements so helpful.”

“Probiotics also reinoculate the bowel with friendly digestive bacteria and suppress the gas-forming bacteria that have been associated with some cases of irritable bowel syndrome,” she says.

Having practised as a dietitian for more than 20 years, been a board member of the Gut Foundation and co-authored The Gut Foundation Cookbook, she says an anti-fungal diet could work for IBS patients, keeping in mind that they could have many other conditions, such as coeliac disease or a condition that has to be diagnosed via their GP or gastroenterologist.

“I’ve had patients in their 30s who present with something that doesn’t appear to be sinister, such as constipation, who in fact have colorectal cancer, or patients who think they may have overflow diarrhoea but are constipated,” Ms Georgeou explains.

“This makes it clear the extent to which healthcare professionals have to be mindful as to how long the person’s been struggling with the condition and what’s actually going on with their health to bring them to the point where they enter a pharmacy and ask for assistance.

“I can’t emphasise enough how much caution should be taken in avoiding the ease of oversimplifying medical conditions.”

Ms Georgeou highlights that a quick means of gaining clarity is to refer patients to their GP for a stool test or to make use of the Microba Insight Test, which comes in the form of a microbiome test kit that provides detailed insights into the microorganisms inhabiting a patient’s gut and how they function.

“It’s a powerful, evidence-based tool that enables patients to learn about their unique microbial community in as yet unknown detail and identify dietary suggestions that could improve overall health and wellbeing,” she says.

“Overall, though, I don’t see Candida as a presenting issue for IBS.”

Ms Georgeou points out that IBS could follow a patient adopting a “crazy diet” with little to no fibre that results in an imbalanced gut microbiome, and the patient could even have a parasitic or bacterial gut infection that needs to be medically addressed.

In this scenario, she says, she would establish what fibres the patient needs to consume in their diet and whether they need a prebiotic or probiotic to reset their gut and encourage good gut health. 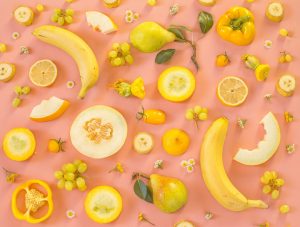 Prebiotics – non-digestible food ingredients – are types of dietary fibre that feed the friendly bacteria in the gut to assist them to produce nutrients for colon cells and hence a healthier digestive system.

Probiotics are live microorganisms that are intended to have health benefits when consumed or applied to the body. They can be found in yoghurt and other fermented foods, or some dietary supplements.

Probiotic bacteria are found in yoghurt and fermented foods such as miso and tempeh, as well as probiotic supplements.

Ms Georgeou highlights that the main issue here is whether someone is getting enough fibre, with the average person requiring, and often not getting, 20g to 30g a day.

To read the feature in full, as it appears in this month’s issue of Retail Pharmacy Assistants magazine, visit: rpassistants.com.au/magazines/retail-pharmacy-assistants-october-2020/