Are women more assertive when glammed up?

The pressure of a woman’s appearance is often linked with poor mental health due to the conditioning of these ideas from a young age.

However, some women claim that beautifying their appearance, especially to enhance their attraction to potential romantic partners, makes them feel empowered, strong and independent.

Whether these claims of empowerment are authentic or not, it raises the question: Is beautification – the act of enhancing one’s physical appearance to look more beautiful – empowering or oppressive for women?

The research study In the context of romantic attraction, beautification can increase assertiveness in women, conducted experiments to attempt to shed light on this question.

The first experiment used explicit, implicit and behavioural measures of assertiveness to test whether beautification – in the context of romantic attraction – elevated assertiveness in women.

Participants altered their appearance to suit a ‘hot date’ or an afternoon at home with friends.

Assertiveness was examined using explicit and implicit measures, and for a subgroup of the sample, researchers assessed their behavioural assertiveness in a mock job interview.

Assertiveness was measured in women at two time points in their own homes: once when they wore whatever they wanted, then again after they extensively beautified their appearance (again, in the context of romantic attraction).

Positive effects of beautification on women’s implicit, explicit, and behavioural assertiveness were found.

Novel insights were provided into the positive psychological effects of beautification on women, highlighting the conditional relationships between beautification, sexual motivation, and expressions of female assertiveness.

With the world of online retail sales continuing to change customer behaviour, TerryWhite Chemmart (TWC) is seeking to capitalise on the success of events...
Read more
Health and Lifestyle

Media Release Researchers at QIMR Berghofer Medical Research Institute in Brisbane are recruiting participants for a clinical trial of a new brain stimulation treatment for...
Read more
Health and Lifestyle

While young people have largely been spared from the direct negative effects of Covid-19 on physical health, the global pandemic has still had an...
Read more
426FansLike
629FollowersFollow
35FollowersFollow 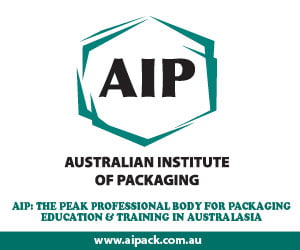