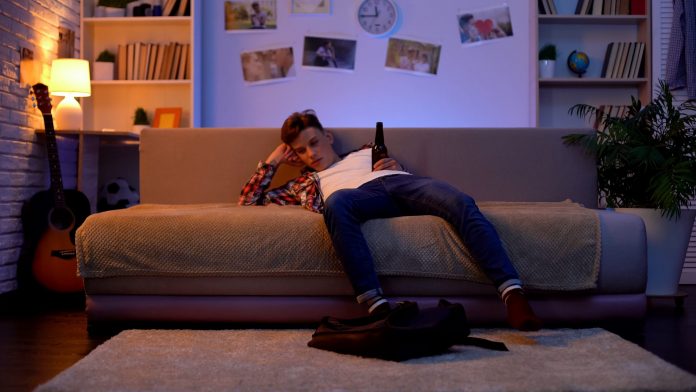 Earlier this week, the Royal Australian College of General Practitioners (RACGP) called for a health-first approach to alcohol and other drug use.

It comes following reports of the Reason Party’s Fiona Patten MLC introducing a private members bill to institute a decriminalisation model in Victoria.

According to the report, instead of a punitive approach via the criminal justice system, Victorian police would instead issue a mandatory notice and referral to drug education or treatment to people possessing a drug of dependence or who are believed to have used a drug of dependence. Compliance with this process would result in no finding of guilt or criminal record.

It is reportedly similar to the Portuguese model introduced in 2001.

“Alcohol and other drug use is, primarily, a health issue that should be managed by health professionals, including GPs,” she says.

“Almost everyone knows someone who has been negatively affected by alcohol or other drug use in some form, it cuts across all demographics and all segments of society.

“So, if you declare a ‘war on drugs’, you are declaring war on someone’s partner, family member, colleague, or friend – it just makes no sense.

“Instead, we should treat drug and alcohol use as a health issue that, with the right kind of care and support, can be successfully treated and managed.”

Dr Price said that the RACGP’s core mission was to improve the health and wellbeing of all patients.

“GPs and general practice teams are there for patients from all walks of life, including people harming their health through alcohol and other drug use,” she said.

“When it comes to people with alcohol and other drug problems – GPs are often the first port of call.

“We are the ones best placed to screen for, and consult on, alcohol and drug use. That could mean helping someone who has developed an opioid addiction after being prescribed painkillers following surgery or consulting with a patient who has begun drinking to excess.

“We always have the social determinants of health front of mind.

“Problematic drug and alcohol use is often associated with factors such as mental health, employment status, a history of trauma and much more – every person is different. Considering these psychosocial influences and helping people is the bread-and-butter work of a GP almost every day.

“That doctor-patient relationship is crucial, people know and trust their GP. That is one of the reasons why we launched an alcohol and other drugs GP education program to further improve the skills and expertise of GPs right across Australia.”

“A punitive approach to what is fundamentally a health issue is not going to help,” she says.

“The evidence from overseas shows a criminal justice-first approach is ineffective. We have seen this in Portugal where, according to the Transform Drug Policy Foundation, the proportion of prisoners sentenced for drugs has fallen from 40% to 15% and rates of drug use have remained consistently below the European Union average.

“So, we know what works and we need to follow the evidence and act accordingly. People who have a problematic relationship with alcohol and other drugs need understanding and compassion, not an approach that may well lead to a further deterioration of their health and wellbeing. Every person’s life matters.

“As a GP I know all too well that people with substance use disorders need help with social integration and a sense of belonging rather than the current criminal justice approach that often only reinforces their behaviour.”

“There is no point sticking our heads in the sand and believing we can somehow eradicate drug use via law enforcement,” she says.

“We need to draw a careful distinction between major criminal elements trafficking large quantities of illegal drugs and people possessing or using relatively small quantities of drugs for themselves.

“Punishing people just does not work, in fact, it can make their situation a lot worse in the long run.

“People who are using drugs or drinking alcohol to excess need help and compassion, not unnecessary contact with the criminal justice system.

“If someone records a criminal conviction or is thrown in gaol, their life can continue on a negative trajectory and their health and wellbeing can deteriorate. No one wins in that scenario.

“Instead of adopting a punitive approach and criminalising drug use, it’s far more constructive to look at the underlying causes of drug use. As a GP that is something that I regularly do with my patients, I seek to understand the factors that lead to this behaviour and what kind of assistance and treatment can help them.

“People don’t just get out of bed in the morning and decide to compromise their physical and mental wellbeing through drug and alcohol use, it is far more complicated than that.

“We have seen during the pandemic that more people have turned to drugs and alcohol when faced with lockdowns that isolated them from loved ones and activities they enjoy.

“So, instead of throwing the book at people, there are many other options that can make a real difference.

“Some people benefit from counselling and psychology services, and others require pharmacotherapy such as methadone or buprenorphine for opioid use. As Fiona Patten said, we need much more early intervention, diversion, and treatment. GPs are crucial in helping people in distress access treatment and support, it’s something that I take great pride in.

“On all fronts, we should also look at evidence from Australian jurisdictions and overseas and consider what approaches work, such as harm minimisation strategies that can save lives.

“That includes medically supervised rooms, such as the one currently operating in Melbourne, and drug safety checking at events such as music festivals, which has been trialled in the ACT. We also need to expand access to naloxone, which can save the lives of people experiencing an opioid overdose.

“Nothing should be off the table; we need to be guided by the evidence, not ideology. In the years ahead, our nation’s policymakers have some important decisions to make in terms of alcohol and other drug policy and what path to take.

“One option is we continue with the status quo, the other is we look at the evidence from overseas to see what works and change our approach – it’s as simple as that,” says Dr Wilson.