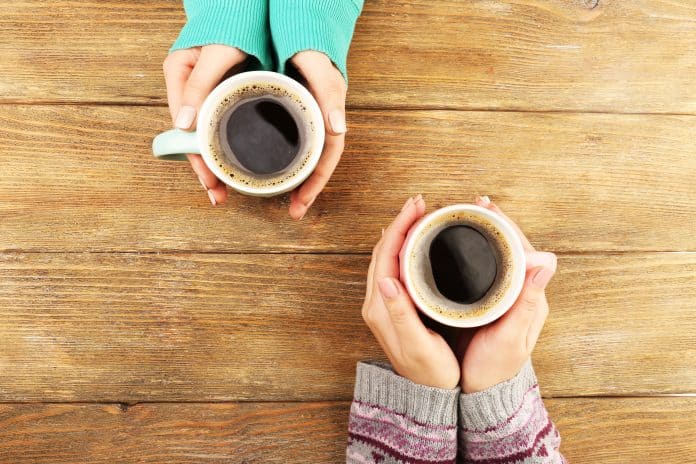 Nutrition is an ever-evolving science and while it may seem like advice changes by the minute, it is typically based on the best possible evidence available to healthcare professionals at the time.

The latest advice to hit the spotlight concerns the maternal consumption of caffeine – what effects does caffeine have during pregnancy?

While up until now pregnant women have been advised that consuming a small amount of caffeine daily will not harm the baby, with authorities setting the limit at 200mg caffeine (approximately two cups of moderate-strength coffee per day), new research suggests otherwise.

According to a new international study, women who are pregnant or trying to have a baby should consider avoiding caffeine.

A total of 42 separate findings were reported in 37 studies, and of these, 32 found that caffeine increased the risk of poor pregnancy outcomes, while 10 found no or inconclusive associations. 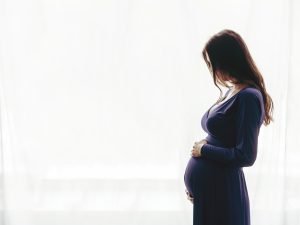 While this is an observational study and therefore cannot establish causation, the author says that the dose-responsive nature of the associations between caffeine and adverse pregnancy outcomes, and the fact that some studies found no threshold below which negative outcomes were absent, supports likely causation rather than simply an association.

“On the contrary, the cumulative scientific evidence supports pregnant women and women contemplating pregnancy being advised to avoid caffeine,” he says.

Given this latest research, health experts have weighed in on the topic of whether caffeine and low-moderate doses (up to 200mg caffeine per day) during pregnancy is safe and whether the evidence presented in this study stacks up.

“The article by Professor James is not what one would call “original” or “primary” research, but rather a review of various studies conducted over the past few decades, examining caffeine consumption and the risk of a number of adverse pregnancy outcomes,” explains Senior Lecturer in the Department of Obstetrics and Gynaecology at the University of Melbourne, Dr Alex Polyakov.

“All studies included in the current analysis, with very few exceptions, were retrospective in nature.

“This means that in the majority of studies women were asked recall their caffeine consumption before and during their pregnancy, often quite a long time after they have given birth or had an adverse outcome, such as a miscarriage.

“Such studies and the conclusions that they reach often suffer from what statisticians call ‘biases’ … [including] recall bias. It is well known that people who suffer an adverse outcome are more likely to recall and possibly exaggerate their exposure.

“So, it is unsurprising that women who suffered one of the adverse pregnancy outcomes examined would be more likely to recall any behaviour that they may consider to be contributory to that outcome, caffeine consumption being one of them.”

Dr Polyakov adds that “it is fair to say that there is a weak association between caffeine consumption and some adverse pregnancy outcomes” but the “clinical significance of this association is unclear and indeed the causative link between the two has not been established”.

“It is worth noting that these risks appear to increase in a dose-dependent fashion, implying that higher caffeine consumption [results] in a higher risk.

“We must also be mindful that coffee is not the sole contributor to caffeine intake,” Dr Polyakov points out.

Other sources of caffeine that need to be considered, include:

‘Perhaps caffeine intake advice during pregnancy should mirror that of alcohol?’

“Caffeine is found in a number of food products that may be consumed by women in pregnancy such as coffee (both instant and espresso), tea, cola drinks, energy drinks and chocolate,” says Dr Cathy Knight-Agarwal, Clinical Assistant Professor of Nutrition and Dietetics at the School of Clinical Sciences, University of Canberra.

“Currently the Food Standards Australian and New Zealand recommend pregnant and breastfeeding women to consume no more than 200mg caffeine each day from all sources.”

Dr Knight-Agarwal adds that cutting out food products that contain a significant amount of caffeine are not going to compromise a woman’s nutrition status and that perhaps the only “benefit of consuming such products is perhaps the psychological please they induce”.

Comparing caffeine recommendations with advice around alcohol, she adds: “The Australian and New Zealand Governments advise women not to consume alcohol during pregnancy as there is no established level of safety.

“Perhaps caffeine intake advice during pregnancy should mirror that of alcohol?”

Advanced Accredited Practising Dietitian and founding member of the Early Life Nutrition Coalition, Melanie McGrice says that after reading the latest study she “will now be changing [her] advice on caffeine to pregnant [women] and encouraging them to avoid it during pregnancy”. 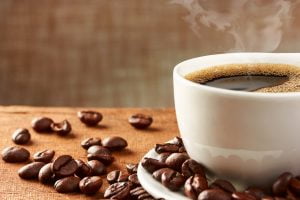 “Although, I don’t believe the author has provide adequate evidence to extend this advice to couples who are trying to conceive, so I will continue to recommend that they limit their caffeine intake to 200mg until more tailored advice is available,” she says.

“I find that most of the women who drink it [coffee] do so for the energy boost it provides. Instead of coffee for energy, I recommend checking iron levels, ensuring adequate water consumption, getting plenty of sleep and ensuring small, regular meals including low GI carbohydrates.

Dr Luke Grzeskowiak, Pharmacist and NHMRC Early Career Research Fellow in the Robinson Research Institute at the University of Adelaide argues that the latest research is “overly alarmist and inconsistent with the evidence”.

“In fact, previous studies are relatively consistent in showing that small to moderate amounts of caffeine (less than 200-300mg per day) are unlikely to harm the pregnancy. The main associations, and therefore concerns, with negative pregnancy outcomes relate to women consuming high amounts of caffeine each day.

“There are so many dos and don’ts associated with pregnancy and the last thing we need is to cause unnecessary anxiety.”

Dr Grzeskowiak reaffirms the current caffeine recommendations, “that women should limit caffeine intake where possible to less than 200-300mg daily”.

“But this is out of an abundance of caution rather than high-quality evidence,” he says.