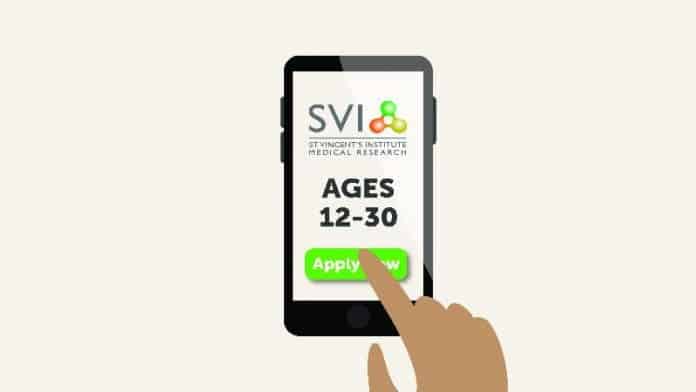 Researchers at St Vincent’s Institute of Medical Research (SVI) in Melbourne are leading a clinical trial to test a treatment intended to stop the immune system from destroying the insulin-producing cells of people with newly diagnosed type 1 diabetes.

When type 1 diabetes is first diagnosed there is a substantial number of insulin-producing cells still present.

This is according to SVI’s Professor Helen Thomas, co-investigator of the BANDIT (baricitinib in new onset type 1 diabetes) trial and head of Australia’s largest type 1 diabetes research group.

“The BANDIT  trial will help determine if the drug baricitinib, currently used to treat rheumatoid arthritis, will protect the insulin-producing cells from immune attack.

“This would allow people who have recently been diagnosed with the disease to continue to produce insulin for a longer period and improve their glucose control,” she says.

People between 12-30 years of age who have recently been diagnosed with type 1 diabetes are being sought to take part in the two-year trial.

People with type 1 diabetes are dependent on insulin injections to regulate their blood glucose levels. This has been the mainstay of treatment since insulin’s discovery almost 100 years ago.

However, despite its life-saving role, long-term complications of the condition include heart attack, stroke, vision impairment, kidney disease and nerve damage.

“If the trial proves successful, production of insulin will be maintained and people with type 1 diabetes will be significantly less dependent on insulin treatment,” says Professor Tom Kay, Director of SVI, lead investigator of the trial and recipient of the 2020 Australian Diabetes Society (ADS) Kellion Award.

JDRF is funding the trial through the federally funded Emerging Priorities and Consumer Driven Research Initiative, as well as leveraged international funding.

More information can be accessed at: svi.edu/bandit.