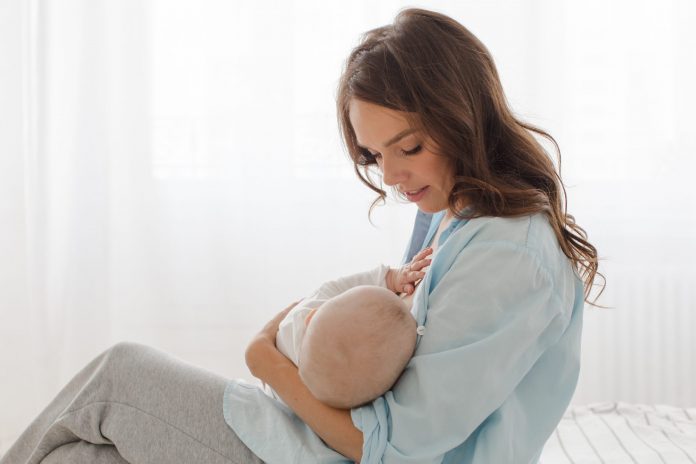 Breastfeeding may modulate colonization of viruses in an infant’s gut, reports a paper published by Nature.

The study suggests that viral colonization occurs in stages and that partial or exclusive breastfeeding may protect infants against some human viruses.

An infant’s gut is devoid of viruses at birth. However, it quickly becomes colonized with microorganisms, including viruses, although the process of the assembly of the viral population is not well understood.

Frederic Bushman and colleagues analysed stool samples from 20 healthy infants 0 to 4 days after birth and then again at 1 and 4 months of age. In the first four days after birth virus-like particles could not be detected; however, one-month later particles were detected in most samples.

To determine the origins of the viral populations, the authors performed genome sequencing and found that shortly after birth, pioneer bacteria colonize the infant gut and by one month of age, bacteriophages (bacteria-infecting viruses) are the main source of the virome community.

By fourth months of age, identifiable viruses that replicate in human cells had become more prominent.

Virus data was then compared to variables such as, feeding history, mode of delivery and sex. They discovered that breastfeeding was associated with a lower accumulation of viruses that replicate in human cells. To validate their findings, the authors obtained stool samples from a separate cohort of 125 infants taken at 3 to 4 months of age.