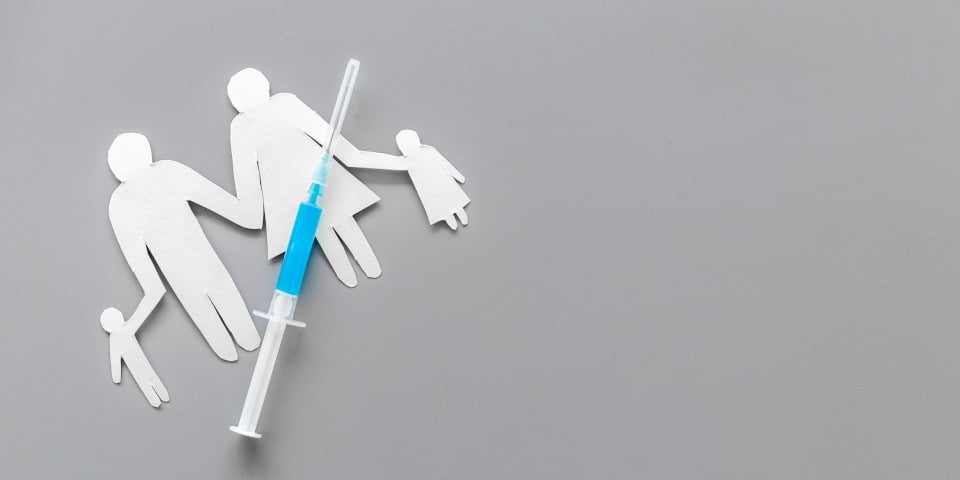 With flu leading to unacceptable numbers of hospitalisations, the Pharmacy Guild is agitating for increased vaccination rates.

Nearly one in 10 Australian adults hospitalised with the flu are admitted to intensive care (ICU) and those above 65 years are at risk of the more serious effects of the viral infection.

This confronting statistic from last year’s flu season, during which an estimated 5,800 adults were hospitalised with the flu, is driving the Guild’s public health plea for people to vaccinate against the virus.

Guild National President George Tambassis says that given the 19,000 reported flu cases in Australia already this calendar year, community immunity against flu must be built up through vaccination.

“While there are people at high risk of the flu, including those aged 65 and above, the flu can in fact strike anyone, even the young, fit and healthy,” he said. “In fact, one in four people who are hospitalised with the flu have no underlying medical condition.

“The Australian government recommends an annual flu shot for all Australians aged over six months.”

Pharmacist and Guild Victorian Branch President Anthony Tassone agrees that vaccination is the best defence against contracting the flu virus.

“Having an annual flu shot affords protection against the most commonly circulating viral strains predicted for this year’s flu season,” he said. “Importantly, research has shown that among adults hospitalised with the flu, those vaccinated against the virus were 59 per cent less likely to be admitted to ICU than those who were not.

“There still remains, however, a level of complacency within the community with regard to annual flu vaccination, with one in four Australian adults mistakenly thinking they don’t need a flu shot because they think the virus won’t strike them.”

Around one million flu vaccines were distributed to local pharmacies across Australia last year, with even more vaccines expected to be distributed in 2019.

“Record numbers of Australians were vaccinated against the flu last year, with local pharmacies playing an important role in this public health achievement,” Mr Tassone said.

A media release from the Guild highlighted the example of health enthusiast, netball player and university student Kristen, 26, from Sydney, who failed to protect against the flu for the first time last year and bore the full brunt of the virus. It’s reported that Kristen took six weeks to recover from the infection, including two weeks spent masked and in isolation at home, staying away from her family and friends.

“I really underestimated the severity of the infection. It was a very rude awakening to experience the flu,” Kristen said.

She felt exhausted to the point at which she “fainted twice, slept for three weeks straight” and was eventually unable to breathe properly.

“It felt like my nose and throat were closing up,” she said. “My temperature soared to 41 degrees. It was absolutely terrifying.

“I had always received my flu shot through work, but missed it in 2018 because I was studying. Up until then, I’d never really understood the importance of having an annual flu shot.”

The flu remains one of the world’s greatest vaccine-preventable public health challenges. Each year an estimated one billion flu cases occur, up to five million of which are considered severe. The World Health Organization recommends annual flu vaccination as the most effective way to prevent viral infection.