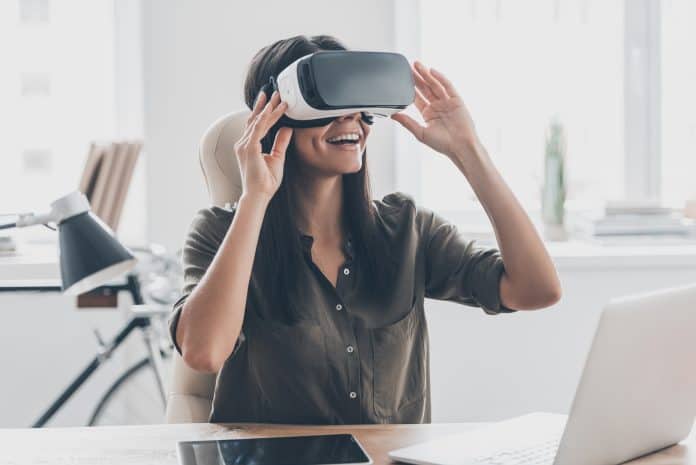 While it might sound like something out of a sci-fi movie, an illness coined ‘cybersickness’ is standing in the way of increased use of virtual reality (VR) technology.

VR technology has expanded the possibilities of how people learn, communicate and relax, particularly when real environments are too dangerous, like mine rescuers’ safety training.

Through the use of head-mounted displays (HMD), users can immerse themselves in real or imagined environments, virtually and this VR technology is being used across various industries, including education, skills training and medical rehabilitation.

Despite the advancements in VR technology, cybersickness is standing in the way of widespread VR use.

“Cybersickness is the umbrella term for illness caused by using a computer display,” explains Dr Juno Kim from UNSW Science’s School of Optometry and Vision Science.

“This health condition, which is very similar to motion sickness, usually includes symptoms like dizziness, nausea, eye discomfort and disorientation.”

Dr Kim says the that while motion sickness is typically caused by a sensory conflict – a “sensory mismatch between what we see and what our other senses signal about our motion” – cybersickness doesn’t require physical movement.

While the severity of cybersickness can vary, the symptoms can be long-lasting.

“Evidence tells us cybersickness has negatively affected the widespread use of HMD VR by everyday consumers,” says Dr Kim.

“By better understanding cybersickness, we can find hardware and software solutions to reduce it.”

Moving towards a VR future

“VR technologies are becoming more common and accessible, so it’s important to get the basics right and make sure people aren’t getting sick,” says Dr Kim.

“Cybersickness solutions could benefit the global community by providing access to future ways of working, educating, training and communicating.”

While technology continues to advance, next time a customer comes into the pharmacy complaining of dizziness, nausea, eye discomfort and disorientation, and no other cause can be determined, it might be worthwhile asking if they have engaged with HMD VR technology lately.

It could be that they’re experiencing a case of cybersickness.