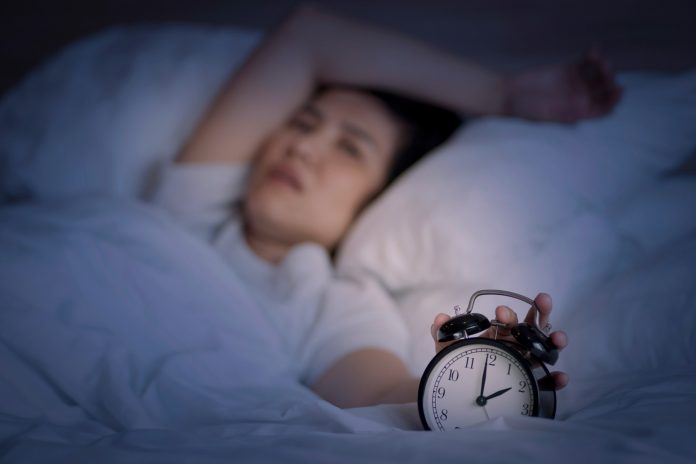 According to a survey commissioned by Calming Blankets, 37% of Australians admit relying on sleeping pills or melatonin to help them sleep.

The survey found that younger Australians are more likely to have used pharmaceuticals to aid their sleep: 44% of respondents aged 18-30 years admitted they have been dependent on sleeping medication, compared with 32 per cent of over-50s.

When asked the reasons for taking pharmaceutical sleep aids, 32% of respondents who have used melatonin and sleeping pills said that it was because the results were fast, while 31% admitted it was the only thing that worked for them. Nearly a fifth (16%) said it was because they did not have time to look into or use more natural solutions to help them sleep.

“Our study found that a surprising and concerning high proportion of Australians are reliant on pharmaceuticals to aid their sleep,” says Davie Fogarty, Founder and CEO of Calming Blankets.

“It is important for Australians to be aware of other alternatives that are safe and natural such as chamomile or passionflower tea, meditative exercises, reading a book or using a weighted blanket, which mimics deep tissue stimulation to discourage movement and create a calming effect on the user, can also help Australians sleep better.”

With sleep aids such as melatonin more readily available over the counter for some Australians, one doctor is urging the public to be aware of the health implications of becoming reliant on such medications to induce or assist with sleep.

“Sleeping pills should not be used long-term,” he says. “Several studies have even found a link between frequent, daily use of sleeping pills and a shorter lifespan. When people build up a dependency or tolerance to sleeping pills, they will need higher doses over time to maintain effectiveness.

“However, serious side effects can occur such as addiction, memory loss and a higher risk of dementia. Supplements such as melatonin are generally considered to be safe and many regard them as a natural sleep aid.

“However, while it can be helpful in inducing sleep, it won’t address underlying health problems or sleep issues. For instance, mental health disorders can impact sleep and require different tools and strategies to address them.

“Pharmaceutical sleep aids can potentially disrupt this process rather than help. Other issues such as sleep apnea, restless leg syndrome and insomnia also warrant an open conversation with a health professional before commencing any prescription or over-the-counter medicines,” continues Dr Thompson.

For Australians who are already taking a prescribed medication or suffer from a chronic illness, Dr Thompson advises consulting their doctor before introducing another supplement, such as melatonin.

“Even vitamins or minerals could impact the efficacy of any existing medication they take and seeking professional advice is an important precaution,” he says.