Along came the Sirtfood Diet

We’ve had the Cabbage Soup Diet, the Grapefruit Diet, the Alkaline Diet, The Zone Diet, the South Beach Diet – the list goes on and on – and now, the latest diet trend to make headlines is the Sirtfood Diet, which claims to be “the new way to shift weight quickly without radical dieting”.

Made popular by Grammy Award winning singer-songwriter, Adele after showing off her dramatic weight loss in a post-birthday thank-you message on Instagram earlier this year, the Sirtfood Diet was developed by two UK-based nutritionists, Aidan Goggins and Glen Matten, who launched the diet in 2016. 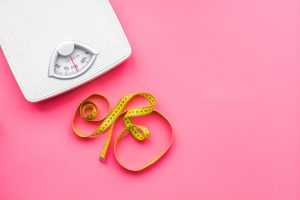 But before you jump on the latest diet trend, what do we know about the Sirtfood Diet?

According to Peta Cullis, Accredited Practising Dietitian and Dietetic Director at Fuel Your Life, the Sirtfood Diet “is a diet that’s aimed at including foods that are naturally high in sirtuins, which are [chemicals] essentially found in the polyphenols”.

“What we know about polyphenols is that they are antioxidants and [are found in] reasonably healthy foods that we would advocate and encourage to the broader population,” says Ms Cullis.

Taking a look at the Sirtfood Diet website you quickly discover that the diet includes two phases.

The first phase lasts for seven days and involves some significant calorie restriction:

The second phase, aka the “14-day maintenance phase”, involves eating three balanced meals composed of sirt-rich foods every day, plus one green juice.

“It’s quite a complex, stepped out process,” says Ms Cullis.

“Obviously within those first few weeks the goal is that you would lose quite a bit of weight based on that energy restriction, and then moving on from that, the diet must include at least one of the green sirt-food juices [every] day.

“[It] then advocates for people following the diet to improve and make sure they modify their normal diet to include those foods that are rich in those sirtuin compounds.”

Where do we find sirtuins?

“The most popular sirtfoods are kale – kale finds its wat into green juices across the globe,” says Ms Cullis. “You’ve also got parsley – parsley is considered to be quite high and relatively popular.”

Other foods, according to Ms Cullis, that contain sirtuins, include:

“I think Adele made [it] popular by having dark choc every day and still losing weight,” says Ms Cullis.

“Depending on where you live … a lot of those foods are quite high in people’s diet anyway.

“But … in terms of the Sirtfood Diet, it’s trying to really restrict energy to focus on mostly these foods and making sure that these foods are finding their way into your meals by reducing and limiting other things.”

Who is it for and is it safe?

While Sirtfood Diet website claims that the diet is more than just a “one-off diet” and more of a lifestyle, according to Ms Cullis it can still be quite restrictive, especially in the first few weeks.

“Because of the restrictive nature of it, and the progressive nature of that increase in energy, you probably will lose a lot of weight in the first few weeks,” she says.

“I think they suggest that there can be anywhere up to 10kg … depending on the person, in the first few weeks.

“So, if you’re looking at that big shift in weight, then this diet will work.”

However, Ms Cullis explains that while this diet “is certainly not unsafe” because you’re not in the restriction phases forever, it isn’t for everyone and for some people it may, in fact, be unsafe. 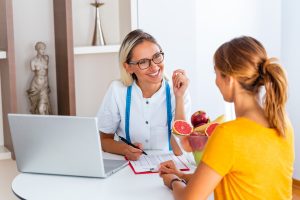 “This diet would be really, really high in vitamin K, so for anyone that is on warfarin or blood thinners, I would be very concerned about it,” she cautions, adding that this diet isn’t for children, elderly (over the age of 75), women who are pregnant or diabetics who may be on metformin or insulin.

“I would be concerned about them using this diet,” she says.

Additionally, Ms Cullis points out that while the Sirtfood Diet advocates a lot of healthy foods with well-known health benefits, for some people there may be tolerance issues.

“You may not tolerate these foods … so, [for people] who have any gut issues, e.g. IBS, they might suffer quite a bit from having way too much … green vegetables.

The positives of the diet

While the Sirtfood Diet isn’t for everyone, for those who can tolerate it, it does have some positives as far as a diet goes.

“We know there are a lot of benefits in including green tea in the diet, particularly from an inflammatory perspective,” says Ms Cullis.

“We certainly know that green vegetables and dark fruits like blueberries are really good for us.

“We know that olive oil is [never] debated – it’s always [considered] a good, healthy oil to include in our diets.”

In addition to the health benefits of those foods, Ms Cullis points out that “there are a lot of places around the world that drink red wine and coffee, and these people live forever” ­– “so, it probably includes a lot of previously restricted foods”.

“I call these, Hedonistic foods – where the hedonistic side of you wants to have all those foods you can’t have when you’re on a diet,” she says.

“So, I think [there are] pros to be able to include chocolate, wine and coffee when you’re dieting.”

If in doubt, refer

As with most things, when it comes to healthcare Ms Cullis advocates referral to an accredited practising dietitian if the customer requires more complex dietary advice.

“I would definitely be wanting to know a little bit about the background of that client [customer] in terms of medical history, supplements and medications before … [starting] any particular kind of diet.

“[And] yes, refer to a dietitian [and] make sure their GP is [also] aware that they’re restricting [their intake].”

According to UK researchers, drinking any type of coffee (ground or instant; caffeinated or decaffeinated) has been found to be associated with a reduced...
Read more
Health and Lifestyle

While male libido has been researched and examined over the years, with a wide range of medications and solutions available for low male libido,...
Read more
Business Insights

It has been announced that from 1 July 2021, the Pharmaceutical Benefits Scheme (PBS) will be further expanded to include Opdivo® and Yervoy® (nivolumab and ipilimumab),...
Read more
426FansLike
629FollowersFollow
35FollowersFollow