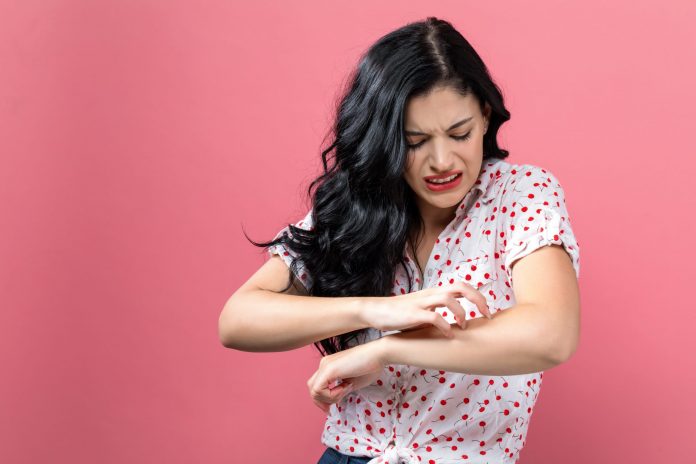 Eczema sufferers and their families are being urged to provide photos showing the reality of life with eczema, as part of a photography campaign for World Atopic Eczema Day on 14 September 2021.

The #ThisIsEczema campaign, organised by Gold Coast based organisation Eczema Support Australia, aims to highlight the far reaching effects of the condition, which affects one in five children and one in 10 adults.

Organisation founder, and mother of two Melanie Funk, gave little thought to the condition prior to the birth of her twins, Matthew and Harry in 2009.

“My boys suffered with eczema from a young age and it was like a nightmare for us in those early years,” says Ms Funk, who founded Eczema Support Australia in 2016 to raise awareness and provide support to others like her.

“Many people believe it’s just a minor skin condition, but it’s so much more. The impacts are far reaching and can be debilitating for sufferers and their families.”

“We want people to share their photos showing not just how eczema affects their skin, but how it affects their life in other ways – financially, mentally and emotionally,” says Ms Funk.

Research shows that eczema sufferers and carers battle fatigue, sleep loss, anxiety and depression and face many other follow-on effects including loss of work, loneliness, social withdrawal. Those with severe eczema report spending over half the year in a compromised state of health.

The emotional impact of the condition is something Ms Funk hopes to shine a light on. A 2018 European report revealed that two-thirds of sufferers did not have an optimistic view of their life with eczema, while other studies have shown 50% of patients experience depression and approximately 40% feel often or always embarrassed about their appearance.

World Atopic Eczema Day was launched in 2018 to raise awareness about the disease globally.

For more information or to submit photos for the campaign, visit: bit.ly/thisiseczema.