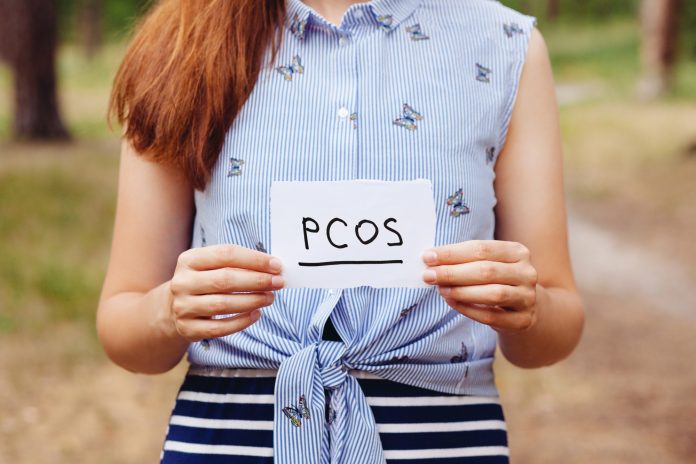 In the March issue of Retail Pharmacy Assistants magazine, we delve into the world of polycystic ovarian syndrome (PCOS) – what it is, who it affects and how it’s managed – to help pharmacy assistants provide support to their customers who may be suffering this, at times, debilitating condition. 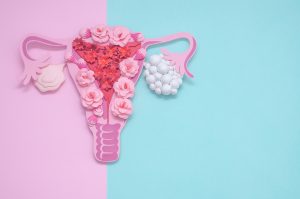 According to Accredited Practising Dietitian Christie Johnson from sportsdietitian.com polycystic ovarian syndrome (PCOS) is “a hormonal condition that affects about one in five[1] women of child-bearing age”.

“That’s more than half a million Australian women, though many go undetected,” she said.

In terms of diagnosis, Ms Johnson says PCOS typically means “there will be cysts on the ovaries”. However, she adds that, to be diagnosed with the condition, women generally need to experience “two out of three factors”.

According to Ms Johnson, these factors include lack of “ovulation and/irregular menstrual cycles (some women can have quite heavy or long periods), excess testosterone in the blood and [as mentioned], cysts on the ovaries (which not all women may have)”.

“Other signs and symptoms of PCOS include weight gain, insulin resistance, anxiety, depression, sleep apnoea, fertility issues/difficulty conceiving, hair growth or loss, and skin changes such as acne,” she said.

“Symptoms arise in adolescence with irregular menstrual cycles,” he said. “So, you might have a 16-, 18-, 19-year-old who either isn’t menstruating at all or it’s infrequent. That, over time, can affect fertility and often can drive a person to obesity as well. It seems to get worse with age.

“As a syndrome, it’s a collection of a whole range of symptoms. PCOS is a hormone condition associated with excess production of androgens that affects your metabolism as well. It’s a complicated thing.”

As with other syndromes, if not managed, PCOS may put a woman at increased risk of conditions.

“Because women with PCOS typically experience insulin resistance (when glucose in the blood can’t be removed easily, so insulin levels and potentially blood sugar levels rise), they can be at a greater risk, long term, for type 2 diabetes [T2DM], weight gain (particularly around their abdomen), cardiovascular disease and endometrial cancer,” Ms Johnson said.

Mr Quigley added: “Women with PCOS have seven times the risk of heart attack and heart disease compared with other women, and by the age of 40, up to 40 per cent of them will have developed T2DM. That’s a very important statistic.”

The role of diet

Due to the increased risk of complications, management of PCOS is important, with one aspect of management being nutrition. 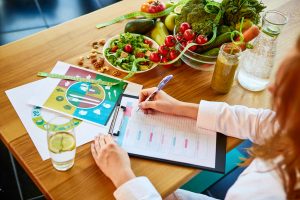 “With PCOS, when we’re looking at diet and lifestyle strategies, we’re more looking at the management of the condition itself and reducing the risk of those chronic conditions,” said Accredited Practising Dietitian and spokeswoman for Dietitians Australia, Milly Smith from fignutrition.com.au.

In terms of nutrition, “broadly, it’s the healthy eating strategies” that are typically recommended, in accordance with the Australian Dietary Guidelines, she says, with simple strategies including ensuring adequate vegetable intake – “five serves per day” – opting for water over flavoured drinks, and healthy fats such as fish, extra virgin olive oil, nuts, seeds and avocado.

“Often, it’s recommended that we’d choose a low GI [glycaemic index] diet to reduce spikes in blood glucose levels and to help reduce the risk of T2DM particularly,” she said.

“Examples [of low GI foods] include fruit, legumes, wholegrains such as oats, barley and quinoa, and starchy vegetables.”

Ms Smith adds that avoiding high GI foods is equally as important, and this includes foods with added sugar such as lollies, chocolate, white bread and highly processed grains.

Role of a pharmacy assistant

Ms Johnson advises pharmacy assistants, when dealing with women potentially affected by PCOS, to first ask if they’ve spoken to their GP and consulted a dietitian.

“They should suggest speaking to a dietitian about the best eating style for them to maintain good overall health and a healthy weight,” she said. “Having a good relationship with a local dietitian is helpful for this.”

According to Ms Johnson, “referring to a dietitian early is ideal”.

“This saves both time and money for women with PCOS and their support team, and can help detect high blood glucose levels and risk of diabetes early,” she said.

Ms Johnson advises considering the following factors when deciding on referring a patient to a dietitian – a referral roadmap:

For more information on the nutritional considerations for PCOS, the role of vitamins and minerals, and what to consider when referring customers to a healthcare professional such as an Accredited Practising Dietitian (APD), make sure you read the full feature as it appears in the March issue of Retail Pharmacy Assistants magazine by visiting: rpassistants.com.au/magazines/retail-pharmacy-assistants-march-2021/