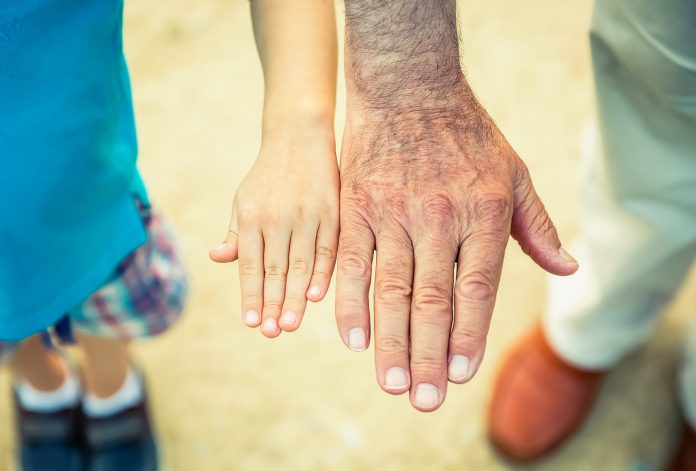 There’s a danger hiding in plain sight in Australia, but we’re all so used to seeing the clues, it’s a danger many ignore.

So often do we see people with dressings on their faces, following surgery for the removal of skin cancers, that we readily dismiss the condition as incidental, but it isn’t. 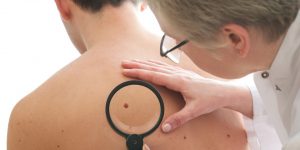 In the November/December issue of Retail Pharmacy Assistants e-magazine, Skin Check Champions CEO Scott Maggs explains that when he lost a close friend to skin cancer it was a life-changing event for all who knew the victim, and prompted initiatives that led eventually to the launch of the charity that champions early detection of the disease, particularly melanoma, the deadliest skin cancer.

“It all started when one of my mates, Wes Bonny, was killed by skin cancer aged 26 years, which really shook us up,” he explains.

“It wasn’t only that he died, but that we didn’t realise skin cancer was such a young person’s affliction.

“We learned the highest incidence of cancer affecting young people is skin cancer, which really shocked us.

“Part of the problem is seeing people who’ve had a skin cancer cut out, which can make it seem easy to treat and less of a threat, but the threat is very real.

“While getting a melanoma cut out is quite simple compared with a lot of other cancers, it doesn’t mean it’s any less deadly.”

Mr Maggs points out that if caught early the survival rates for skin cancer are “very high”, which makes it “super important” to “keep an eye on your skin” and on any changes.

“Currently, about 98% of melanomas or [other types of] skin cancer are successfully treated if identified early.

“As long as you get onto it quickly by keeping an eye on your skin and noticing changes, your chances of surviving are very high.

“This is why early detection is super important.”

Recognising that prevention is one of the keys to increasing skin cancer survival rates, Mr Maggs began looking into what is being done in this space.

“As I began to think about what we could do, I realised there are many organisations doing fantastic work in the prevention space, alongside research and treatment, but there seemed to be a massive gap.

“We thought: if it’s the most successfully treated cancer in Australia, why isn’t anyone telling people to get checked?

“In Australia, we all grew up with ‘slip, slop, slap’, so we’re quite aware of the dangers of the sun and cancer, but when Wes died, we thought, you know, there’s nothing being done in the get-checked space. 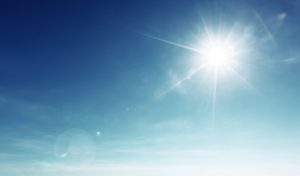 “My background is in advertising, so I approached it by asking, ‘OK, what’s the problem?’. The answer was that in Australia, the likelihood of people getting skin cancer is 12 times the global norm, so it was obviously a very big problem, although no one was telling people to get checked.

“So, we knew we needed to tell people to get checked, which led to identifying who we needed to talk to first? Who is our top priority?

“When we discovered 69% of skin-check candidates are men, we knew we faced a challenge. My time in advertising had taught me that males our age are really hard to reach and don’t like being told what to do.

“That’s when we realised we needed something all about commitment, particularly as going to a doctor is something younger men tend to put off a lot more.

“Before long, I was growing a beard, had launched an awareness campaign called ‘Winter is beard season’ and was hearing stories of men who’d seen it, gone for a skin check, and been identified as having a melanoma.

“That’s when I knew we were onto something and were saving lives. At that point, I committed to not shaving until I’d raised a million dollars towards a skin check initiative.”

In May last year, Mr Maggs reached his million-dollar goal and, after 11 years of wearing a beard, he had it shaved off in one piece at a gala event supported by some major names, including La Roche-Posay.

“While the beard season campaign will live under that as the main focus when we campaign, we’re now also doing a lot more work for what we describe as ‘Everyone under the sun’ including men, women and children everywhere.

“This summer we’re launching a fantastic initiative called SPOT, which is something I’m really excited about because everyone can get involved and we can all benefit each other.

“As a charity, we’re creating all this awareness and telling people to get checked and tell their friends to get checked, but it was really hard for us to measure our actual impact. Unless people wrote to us and told us they’d found a skin cancer, we didn’t know about it.

“SPOT is a plug-in based on Facebook Messenger, designed to help people go and visit their GP or skin cancer clinic, and it’ll help us know exactly the impact we’re having, and to target the right things.

“The other big thing we learned from a lot of research that our partner organisations have done is that getting a skin check is something people put off. They typically let it shuffle down their to-do lists because it’s not seen as a high priority.”

Don’t let excuses stop you from getting checked!

Mr Maggs cites the reasons people give for not getting a skin check include:

“What SPOT is designed to do is hold your hand throughout the skin check process, and make sure that you get it done,” he says.

“It does the job of your niggling friend. 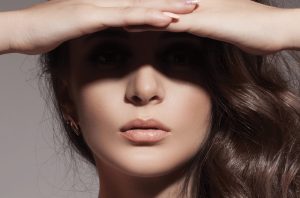 “We’ve built out all these decision trees, which allow users to choose their own adventure. SPOT just reacts and talks back to you, depending on what you do. It actually pops up like the original Microsoft paperclip used to on a PC.

“I’m super excited that you can send it to your friends, as it’s completely shareable too. It means you can look out for one another, which is very much aligned with the Aussie value of mateship.”

The SPOT app follows an intuitive model and includes logical steps, including:

Mr Maggs says Skin Check Champions will be involved in plenty of activity this summer in partnership with La Roche-Posay.

“This includes seeing thousands of people face to face around the country, talking not only about why quality sunscreen is super important but also about why getting checked and being more aware of your skin needs are important too,” he says.

Following the successful skin check program offered at Bondi in Sydney last summer, La Roche-Posay and Skin Check Champions are now taking their skin check and sun protection education sessions on the road to increase awareness and knowledge of melanoma around Australia.

The initiative is intended to help Australians battle skin cancer, with this country’s rates of the disease among the highest in the world.

Under the banner of ‘The house of healthy skin’, La Roche-Posay in partnership with Skin Check Champions will operate a mobile hub to deliver more than 1000 free skin checks across Australia

The hub will travel around the country this summer from December until February in an effort to help make melanoma history.

The mobile, purpose-built space will host free one-on-one skin check screenings from Skin Check Champions and give away samples of the La Roche-Posay’s Anthelios SPF50+ sunscreen at iconic locations in NSW, Queensland, and Victoria.

For more and read the feature as it appears in the November/December issue of Retail Pharmacy Assistants e-magazine, visit: rpassistants.com.au/magazines/retail-pharmacy-assistants-november-december-2021/